Sometimes the death of a loved one can amplify lessons you couldn’t quite hear while they were living. When Phillip-Michael Scales returned to Chicago, the tenacity and work ethic of his late uncle, B.B. King, came in loud and clear. This resulted in him playing over 200 shows and recording his stunning new EP, Sinner-Songwriter. 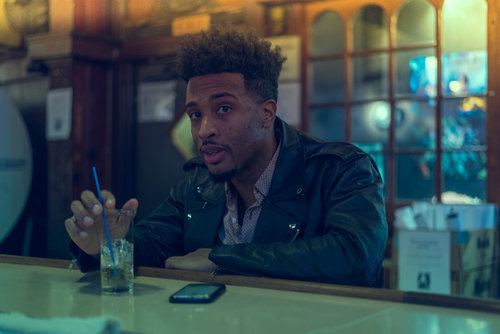 Between being the nephew of a blues legend and being raised in Detroit by parents who came of age at the height of Motown; Blues and Soul music were some of Phillip-Michael’s earliest memories. However, when he attended Berklee College of Music he found himself more interested in the lyrics and newer sound of Indie Rock. These influences would continue through his initial move to Chicago where he fronted his first post college band, Briar Rabbit.

Like many young musicians, Scales took pride in being a “starving artist,” working in restaurants to pay the bills while counting down the hours until he was on tour or in the studio. In an attempt to further his career he left Chicago for the sunny skies of Los Angeles. What followed was a dizzying year of trying to play the game, waiting more tables, and meeting people only to never hear from them again. Missing the directness and charm of the midwest as well as the pace of a big city, Phillip-Michael returned to Chicago where things began falling into place. While physically returning to where he came from, he also found himself returning to the bluesy soul that raised him as he wrote Sinner-Songwriter. 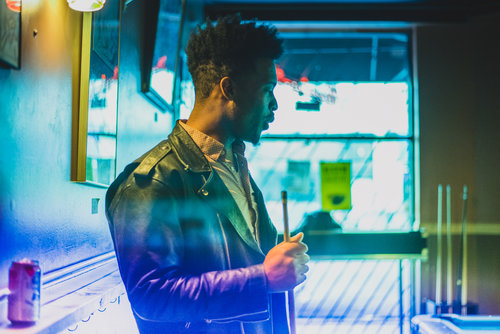 Phillip-Michael produced the entire collection himself in addition to playing the majority of the instruments on the EP. Overall, the songs retain the strong lyricism from his love affair with all things indie rock, while allowing his earliest influences to shine through like never before. The end result is distinctly Chicago: electric, passionate and gritty with a regard for its history.

He has opened for Anderson East, Guster, David Cook, Bethany Joy Lenz, Matt Hires, Billy Rafoul, Crystal Bowersox, Tyler Hilton, Jon McLaughlin, Cory Brannan and Kate Voegele. His music has taken him all the way to the Middle East, as well as festivals across the US and Canada.

“HE HAS JUST RELEASED HIS LATEST ALBUM, “FROM YOUR BONES,” WHICH IS AS LITERATE AND SOULFUL A POP ALBUM AS ITS PREDECESSORS.” – JESSICA HOPPER, CHICAGO TRIBUNE

“ON HIS NEWEST ALBUM, FROM YOUR BONES, RABBIT BOUNCES BETWEEN TALL TALES AND BIOGRAPHICAL STORIES WHILE A FOLK-POP BAND CHURNS UP SOME ROOTSY, ROLLICKING NOISE IN THE BACKGROUND. “SO LONG” IS THE FIRST SINGLE, WHICH WE’RE HAPPY TO PREMIERE. GET READY FOR STORY TIME, FOLKS.” – AMERICAN SONGWRITER

“AS A LYRICIST, RABBIT BALANCES DEFT METAPHORS AND SURPRISING TURNS OF PHRASE WITH LINES AS BLUNT AS “SOMETIMES THE BEST TEACHER IS PAIN”. RATHER THAN SLICE THROUGH EMOTIONAL KNOTS, HE WORKS TO UNTANGLE THEM, STRAND BY STRAND.” – SASHA GEFFIN, DINGUS

“BRIAR RABBIT FINDS A WAY TO MAKE EVEN THE MOST LIFE-SHATTERING EVENTS INTO FUN SING-A-LONGS THAT PLAY PERFECTLY AT PARTIES OR, IF YOU’RE LIKE ME, WHEN DRIVING ALONE IN A CAR AND SINGING AT THE TOP OF YOUR LUNGS. I DON’T REMEMBER WHAT OR WHERE I HEARD BRIAR RABBIT FIRST, BUT I KNOW THAT IMMEDIATELY THERE WAS SOMETHING SPECIAL ABOUT HIM. WITH HIS NEW SINGLE “SO LONG,” HE HAS PROVEN ME RIGHT YET AGAIN.” – MUSIC DEFINED

“SINGER-SONGWRITERS SUCH AS BRIAR RABBIT (PHILIP-MICHAEL SCALES) CREATE SENSITIVE, SOUL-SEARCHING TUNES THAT DON’T ACTIVATE THE CHEESE FILTERS. BETWEEN THE INTELLIGENT LYRICS AND BUSY ARRANGEMENTS IS DELIGHT. YES, HE’S SINGING AND STRUMMING. YES, YOU WILL SEE THE WORDS “INTELLIGENT” AND “BUSY” AND THINK IT’S SOME DUDE JUST SHOWING HOW SMART HE IS. WRONG.”

“BRIAR RABBIT’S WARM PERSONALITY WAS EXEMPLIFIED BY THIS ACT, AND WAS A MAIN REASON WHY THE CANADIAN DEBUT OF THOUGHT-POP WAS A SUCCESS AT NXNE.”

“BRIAR RABBIT’S NEW CONCEPT ALBUM “THE GREAT ROUTINE!” IS BEAUTIFUL AND CUTTING. DISMISS IT AT YOUR OWN INTELLECTUAL PERIL.” – JC BROOKS, (OF JC BROOKS AND THE UPTOWN SOUND)

“I DON’T KNOW IF I CAN THINK OF ANOTHER EXAMPLE IN PERFORMANCE WHERE PASSION AND SHAME MEET IN SUCH A BOLD WAY, WHICH YOU ARTICULATE SO WELL IN ‘COON.’ ” – MOTOR CITY ROCKS BLOG

“BRIAR RABBIT IS THE PROJECT OF PHILLIP-MICHAEL SCALES, WHO WRITES CHARMING LITTLE INDIE POP SONGS THAT NEVER CROSS THE LINE INTO TOO-CUTE TERRITORY. THIS IS SENSITIVE, SINCERE MUSIC WELL-SUITED TO A MIX CD, IF PEOPLE ARE STILL MAKING THOSE ANYMORE.”

“CHARMING POP YOU WANT TO PUT IN YOUR POCKET.”

“BRIAR RABBIT IS GOING SOMEWHERE. BETWEEN THE OBVIOUS TALENTS OF THE BAND– IN FAST-PACED POP SONGS, SLOWER SINGER-SONGWRITER THROWBACKS, OR IN SONGS WITH ORCHESTRAL MOVEMENTS– AND SCALES’S LYRICS, I CAN’T EVEN IMAGINE WHERE THEY’RE GOING TO BE IN SEVERAL YEARS.”

“BOTH THE LEAD VOCALS AND THE INSTRUMENTATION ON BRIAR RABBIT AND THE COMPANY YOU KEEP HAVE THE ABILITY TO BE GENTLE WITHOUT SOUNDING WEAK, AND THAT GIVES THE ALBUM ITS MOST POWERFUL MOMENTS. THE SONGS ARE VAGABONDED AND YET HAVE A SOLID BASE IN THE TIGHT, LIVE-SOUNDING PERFORMANCE AND PRODUCTION, AND IN PHILLIP-MICHAEL’S SONGWRITING EXPERTISE.” –WINDY CITY ROCK